A charming city that oozes history and culture, it may not have the same kudos as a Marrakesh or a Fes, but for many that only enhances the experience. It is sandwiched between a picturesque river on one-side and the white-crested waves of the ocean on the other, making it very scenic. While also being crammed with great restaurants and cafes. It has always been a city of learning, a cultural bastion, which is one of the reasons that it ended up as the administrative capital, making it ideal for those who want a sensational city-break.

Rabat is Morocco’s capital city and political centre. Rabat occupies a position on the Atlantic coastline in the north of Morocco and is less busy than Morocco’s other main cities, enjoying plenty of green spaces and a more laid-back vibe than nearby Casablanca. Rabat is also far less visited by tourists than Casablanca but this is in no way a reflection of the city and what it has to offer. Rabat is a culturally and historically rich city with modern flair and impressive infrastructure. There is a well-developed ocean-front with some fantastic beaches and the city plays host to a number of Jazz and music festivals throughout the year. 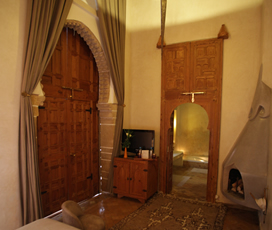 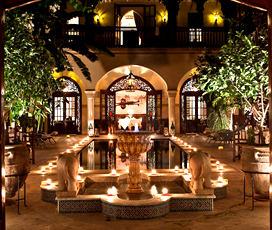 Sandwiched between the banks of the Bouregreg River and the Atlantic Ocean in the North of the island, it is Morocco’s capital, although this has not always been the case, with that honour regularly swapping between it, Marrakesh and Fes. It is famed for its iconic French-Berber architecture, along with the spectacular 12th century Hassan tower that dominates its skyline. The city is fairly large with a population of just under 600,000, ensuring that there is plenty for visitors to enjoy during their time there.

With a warm climate throughout the majority of the year, its temperatures average 23 degrees in the summer and 13 degrees in the winter. The best time to visit is in July and August when the seas around the city are warm and the sun shines almost every day. Rabat also enjoys Indian summers, which can start as early as April and end as late as October, making it a great city to visit.

The history of Rabat dates back more than 3000 years, the area was originally occupied by the Phoenicians, who built a settlement in the area. This was built upon by the Romans, who constructed the town of Sale, the ruins of which still lie close to the city. Rabat itself, was built by the Almohad Empire, who wanted a capital closer to the centre of their empire that extended into Europe. This also meant that the city was rich, large and a busy trading hub from the 11th century onwards. It was invaded by the French in the 20th century and was made the capital of the country by Sultan Mohammed V, who gained the country independence in 1956.

Its main kid’s attraction is the main beach, which is known as the ‘Plage’ and combines a large expanse of soft sand, with shallow waters. It is a great place to relax and escape from the sometimes-chaotic city. Other activities of note include the tram journeys between Rabat and the nearby town of Sale, along with a series of hireable row-boats that pick their way down the river that divides the two towns. Kids are also sure to be enamoured by the meandering streets and vibrant colours of the Oudaias Kasbah, ensuring that there is plenty for the younger members of the clan to enjoy on their family holiday.

Rich in history, it is a great city to visit for those who love to soak up culture. No trip there would be complete without a trip to the unfinished 12th century Hassan Tower, which stands 45 metres tall and dominates the city’s skyline. Next door to it is the Mausoleum of Mohammed V, who brought independence to Morocco in 1956. While the colourful 11th century Oudaias Kasbah is also an absolute must during your stay. Other places of note include the impressive 17th century Medina and the Muhammed VI museum of contemporary arts.

With a laid-back nightlife it is neither too lively nor too quiet, making it an excellent holiday destination for those who want to relax. There is a smattering of nightclubs in the centre of town, along with great pubs and cafés dotted around. This coupled with the many amazing Moroccan restaurants, where patrons can relax and enjoy a delicious meal and a drink, ensure that there is something for everyone in the city.

Despite being slightly smaller than Marrakesh and Fes, Rabat, still offers a stunning range of shops that will excite and delight in equal measure. The first stop should be the Medina, which is regularly frequented by locals, meaning that the prices are more reasonable than in the aforementioned cities. While the Rue Souk as Sabbat is the place to head if you are looking for more unique handcrafted items, including things like jewellery, leather and much, much more. The city’s main shopping street is called the Rue des Consuls, where visitors will find a more Western shopping experience, with high-end designers sporadically placed among more local shops.