"Sicily has something for everyone, including outdoor activities, fine dining and immersive culture..."

The largest island in the Mediterranean, Sicily is located just off the tip of Italy’s ‘boot’. The majestic crossroads that links the Mediterranean to Africa, Sicily combines an incredibly rich history, with delicious cuisine, a buzzing nightlife and spectacular natural scenery, to form the complete package for anyone looking for a romantic holiday. As an island Sicily boasts its own vibe whilst the culture is classically Italian, however after some 25 centuries of occupation by Phoenicians, Greeks, Carthaginians, Romans and Arabs; the island has inherited influences in cuisine, art and architecture from a mixture of cultures.

It plays host to the largest volcano in Europe, the massive Mt. Etna, which towers over the majority of the island and is a must-visit for anyone spending time in Sicily. This coupled with the numerous beautiful islands that lie just off Sicily’s coast, including the famous Stromboli, ensure that it and the surrounding area have some of the most varied topography in the world. If that wasn’t enough, Sicily plays host to a vast array of Ancient Greek architecture including the open-air theatre at Taormina and the Valle Dei Templi, among many others. It is also renowned for its beaches and has some of the most beautiful coasts anywhere in the Mediterranean to complete your beach holiday. An all-encompassing holiday destination that provides something for everyone and the perfect place to enjoy the Mediterranean sun. 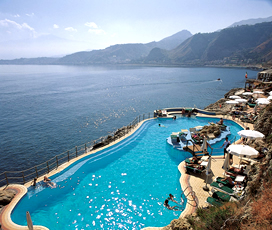 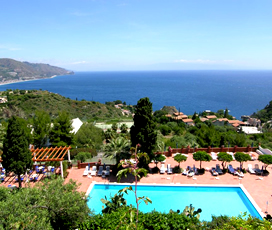 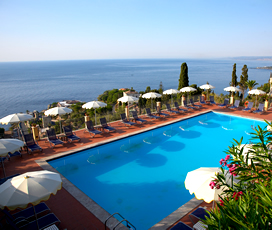 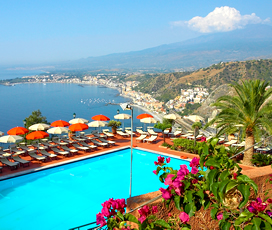 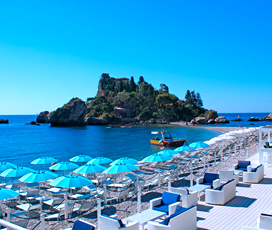 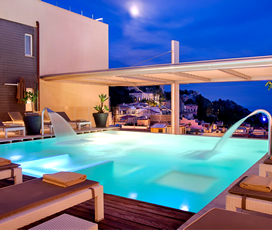 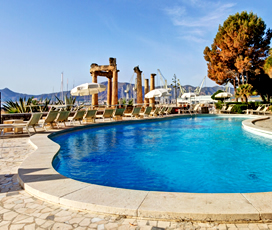 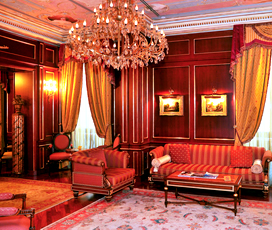 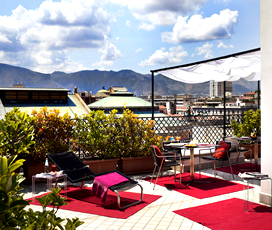 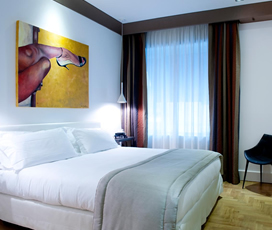 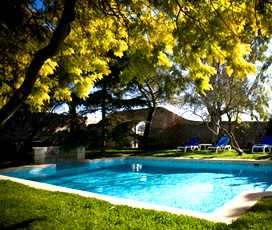 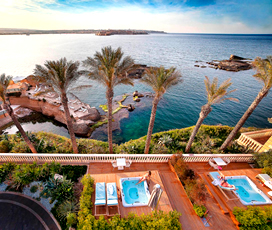 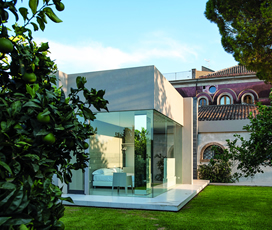 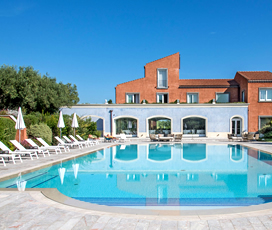 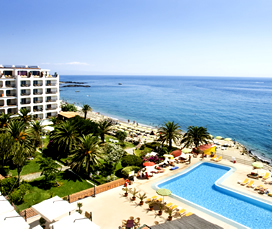 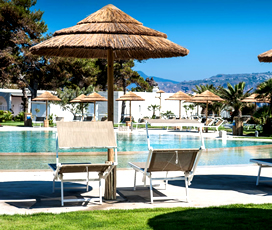 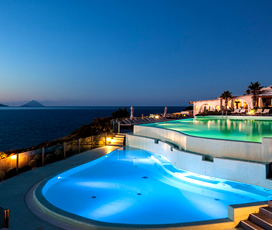 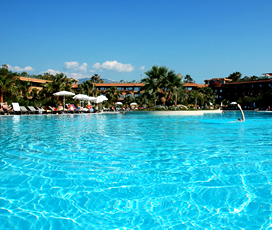 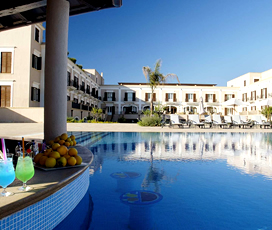 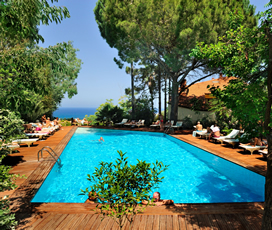 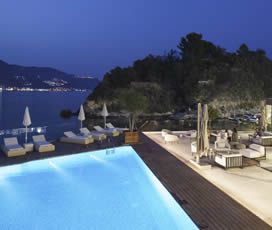 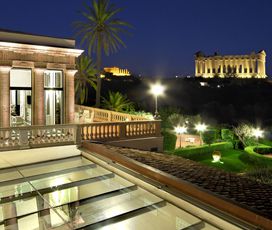 As the largest island in the Mediterranean it lies just off the bottom of the Italian mainland. It is renowned for its rich history that has been influenced by the Greeks, Romans and Byzantines among others. This is combined with incredible natural scenery, including pristine beaches, gorgeous mountainous islands and the dramatic Mt. Etna, Europe’s largest volcano, ensuring that there is something for everyone on the island, whether you are looking for a beach holiday, romantic escape or family holiday. It has a big population of over 5 million, meaning that visitors will find all the shops, restaurants and bars that they could possibly ask for.

Sicily enjoys a warm Mediterranean climate, with hot summers and mild winters. The best time to visit is between June and September, when the temperatures average more than 20 degrees and the seas are warm. The weather remains fairly warm in the late autumn and early spring with temperatures generally remaining above 16 degrees. The winters are mild but wet, with temperatures staying above 10 degrees throughout the year.

The island has been inhabited by humans since the Bronze Age, its name was derived from the ‘Sicani’ tribe, which colonized the island in the 15th century BC. It then came under the influence of the Phoenicians, who were one of the great naval powers in antiquity and they remained in control of around half the island until Roman times. The other important influence on Sicily was the Greeks, who lived there from around the 8th century to the 4th century BC. They were responsible for many of the most impressive buildings on the island and the city state of Syracuse was one of the most important states in the ancient world. It fell under Roman dominion after the Punic wars and would remain a part of the empire until it collapsed in the 5th century. Much of Sicily was controlled by the Byzantines directly after Rome’s collapse and they were responsible for many of the incredible mosaics that can be found in places like Palermo. It was conquered by the Normans in the 11th century and they set up a remarkably enlightened monarchy that encouraged Sicilian culture and literature. Sicily then swapped between French and Spanish rule for the next 500 years, with various natural disasters such as volcanic eruptions and earthquakes destroying much of the incredible architecture and art that was on the island. It joined Italy upon the foundation of the nation in 1860 and has been a part of it ever since.

Sicilian cuisine is famed for being among the best in Italy (which is no easy feet) and is famed for the quality of its pasta, wine and fish. Pasta was supposedly created on the island and there are a variety of great pasta dishes which all visitors are bound to enjoy. The most common main courses on the island involve either meat or fish, with the most popular being tuna, swordfish or sardines. Sicily is also renowned for the quality of its deserts, with cannoli, cassata and marzipan fruit all authentically Sicilian. The world-famous Marsala is Sicily’s most famous wine, which is named after the city that created it.

The incredible variety of the Sicilian landscape makes it ideal for a family holiday. Among the best family activities is the chance to go donkey trekking amidst stunning natural scenery on the slopes of Mt. Etna, ideal for adventurous families who want to get out and explore nature. The many beautiful beaches that populate the coast are perfect for families who want to relax close to the sapphire waters of the Mediterranean Sea. Etnaland is perfect for those seeking something more organised: an adrenaline-pumping aqua park with a plethora of fun attractions that people of all ages can enjoy.

Anyone travelling to the marvellous island with be greeted by a myriad of amazing attractions that they are bound to enjoy, foremost of these is the incredible Mt. Etna, the tallest volcano in Europe, which can be explored via foot or donkey and provides a truly incredible experience. Combined with this is the impressive Stromboli, a volcanic island that can be visited by boat and is truly impressive. Sicily also has an array of great historical sites, including the Ancient Theatre at Taormina and the Valle Dei Templi, both considered to be some of the finest examples of Greek architecture outside of Greece. Finally the many miles of coastline, provide stunning beaches that all guests are bound to enjoy.

The luxurious island of Sicily has a vibrant night-time scene that caters to every imaginable taste. The large centres such as Palermo, Catania, Syracuse and Taormina all offer the chance to party from dusk until dawn, with spectacular scenery like the imposing Mt. Etna or ancient theatres in the background. However, Sicily is also the kind of place, where you can sit long into the night with friends and family eating and drinking in a taverna or head to the beach for a romantic drink watching the sun go down. You name it and you will be able to find it in Sicily.

As a bustling island it is crammed full of ancient towns that sell some of the finest products that can be found anywhere in Italy. Catania and Palermo are full of trendy boutiques selling fashion items and handmade goods from around Italy. There are also a great variety of food products available and visitors should be sure to pick up a bottle of famous marsala wine, which is indigenous to the area. Sicily also has a rich market tradition, with open-air markets in most of the major towns: visitors should note that these are strongly influenced by the North African, Arab tradition and you should generally expect to haggle, rather than paying full price.