"To truly capture the mesmerising landscapes, sparkling seas and cultural riches of the beautiful island of Sicily, the tours are essential to experiencing the diversity and hidden treasures of the island. As the Great German poet, Johann Wolfgang von Goethe, voiced ‘Visiting Italy without going to Sicily leaves no image in the spirit. It is Sicily that is the key to everything!"

Sicily is the Mediterranean’s biggest island and indeed one of it’s brightest gems. This ancient island is steeped in fascinating history and rich culture. With an intriguing past filled with occupation by the ancient Greeks, the Romans, the Phoenicians, the Arabs and the Byzantines, their mark on the island is etched onto its historical and cultural landmarks. It is a treasure chest of an island with thousands of years of ruins, architecture and captivating stories, waiting for its inquisitive travellers to discover.

Our 2 escorted tours will take you on a journey of discovery around the island, visiting the most amazing historical sites, whilst delving into the make-up of Sicily’s identity. With information and explanations provided by expert local guides, your eyes will be opened to a world from a bygone era. If you wish to explore the island in your own time and at your own pace, try our ‘Fly & Drive’ itinerary, where you can enjoy the island and its panoramic views, simply by taking yourself on a discovery with your own car. 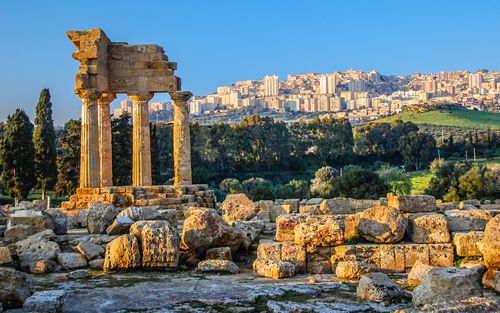 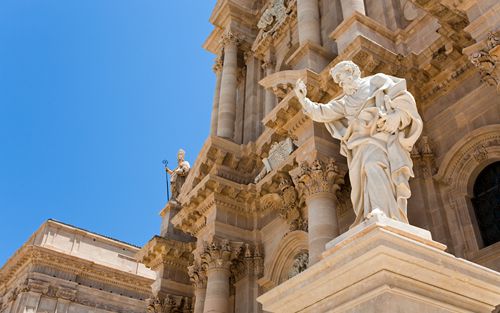